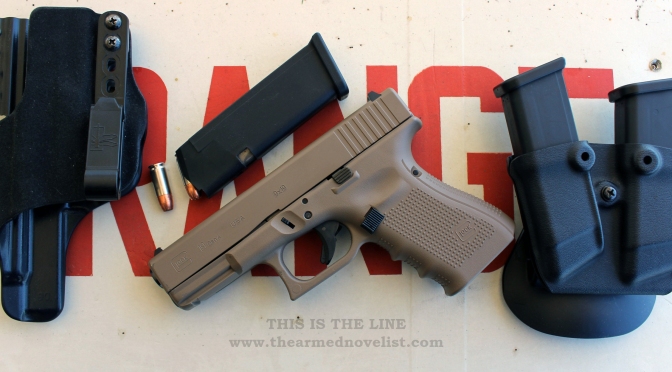 In early 2013, Haley Strategic Partners teamed up with G-Code Holsters to develop a top-of-the-line, Inside The Waistband holster. From my understanding, this collaboration came of insights in difficult and disruptive environments training. I had been following Travis Haley’s work since the earlier days of my involvement with firearms. I had been interested in finding a properly hidden IWB holster for use at the 4-o’clock position, but no luck was had until the release of the INCOG holster.

END_OF_DOCUMENT_TOKEN_TO_BE_REPLACED 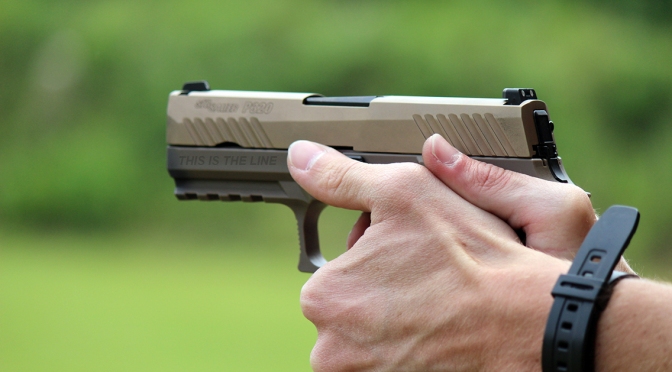 Handling your sidearm is like handling your vehicle. If you are negligent or arrogant: a severe cost could result. On the range you could see stove-pipe jams, a wide shot pattern on target, and experience having to take more time reacquiring between shots. In a gunfight these errors could very well get you killed. One training factor is how you grip the handgun. For semi-automatic handguns, I recommend the Combat Grip. This grip is also referred to as the Leatham-Enos Grip, in case you want to do more research, and it’s also commonly referred to as the “thumbs forward” grip.

END_OF_DOCUMENT_TOKEN_TO_BE_REPLACED

There are many options on the market, for one to choose from, when it comes to thinking about their go-to self-defense handgun. I can walk into any of my local firearms dealers today and find display cases awash with various handguns. The question that each new shopper faces is; ‘which one is the one?’. We all have our reasons for the handguns that we end up choosing and I have my complaints about some of those methods; such as relying on the dealer’s salesperson for advice or buying third-rate gear when one more paycheck could’ve gotten them something tried and true. I’ll share some of my experiences and learning from over the years, as a civilian shooter.

END_OF_DOCUMENT_TOKEN_TO_BE_REPLACED

When I was 18, I carried a handgun openly on occasion. I was in full compliance with the law and respected private establishments’ wishes – understanding that an establishment’s owners, who don’t wish to allow guns, are afforded the liberties to make that decision and that I didn’t want to give them my money anyway. Whenever I did open-carry, I always felt extremely anxious and over time I assumed that that feeling of angst wouldn’t disappear; even when I decided to obtain my Concealed Handgun License. About six-months after turning 22, I did just that. When I finally got my license, I immediately began carrying; wearing my sidearm nearly every moment of every day. I noticed that the feeling that I had while open-carrying no longer existed. I had to step back and think about why.

END_OF_DOCUMENT_TOKEN_TO_BE_REPLACED

Since 2010, we’ve seen a rise in focus on college campus politics. Battles over Campus Carry, the spread of speech intolerances (so called: “Microaggressions” in speech patterns) and the growth of the Safe Space culture — which was told off recently by the Uni. of Chicago.

As a college student, it was easy to comes to terms with how badly this could go in regards to the future of the Republic. I came to the conclusion that, right now, college campuses are the Petri dishes of what the United States could become. A majority of college campuses do not allow for self defense, they abide by the unconstitutional Gun-Free School Zones Act and they support limits on speech on certain topics.